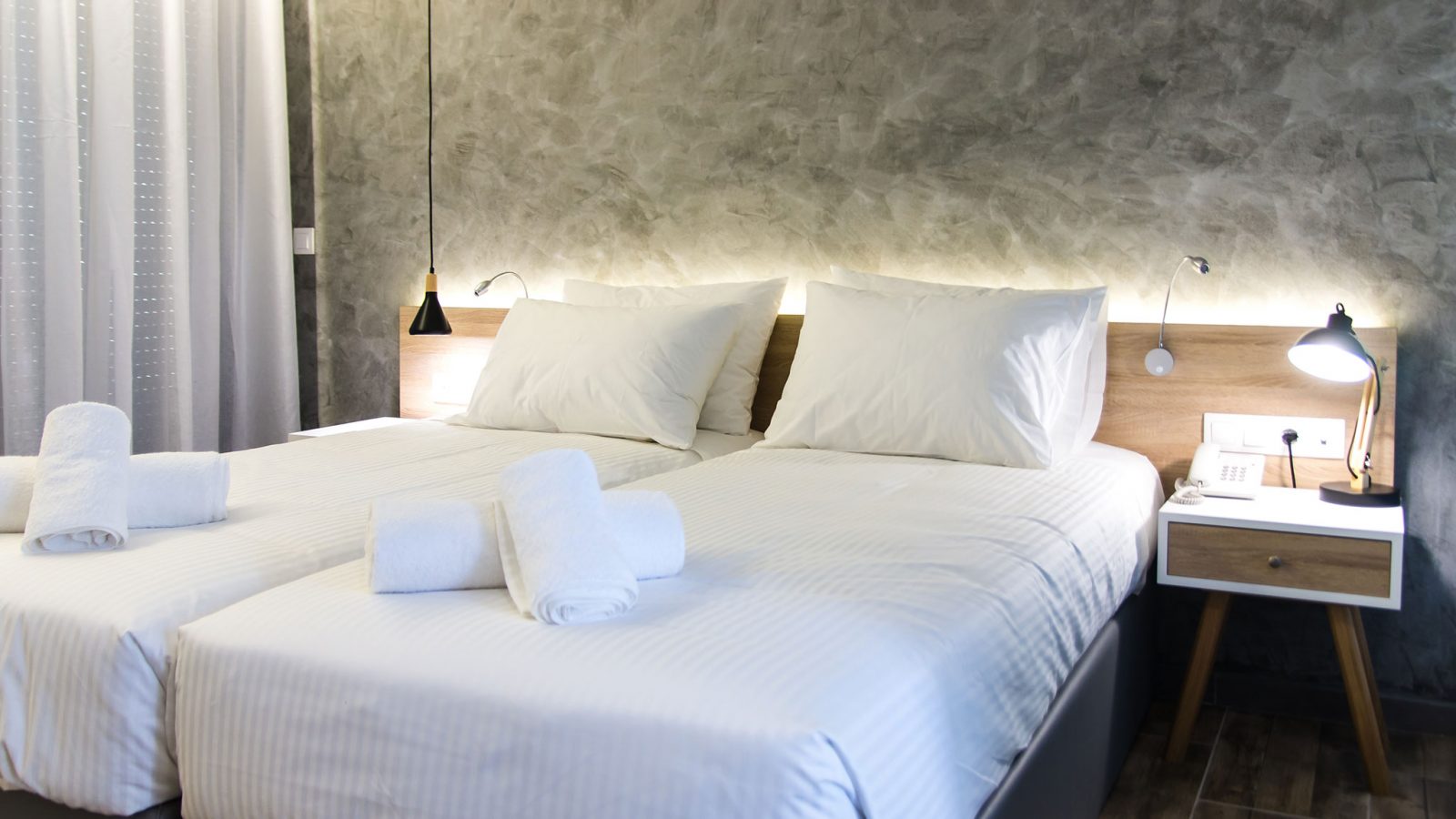 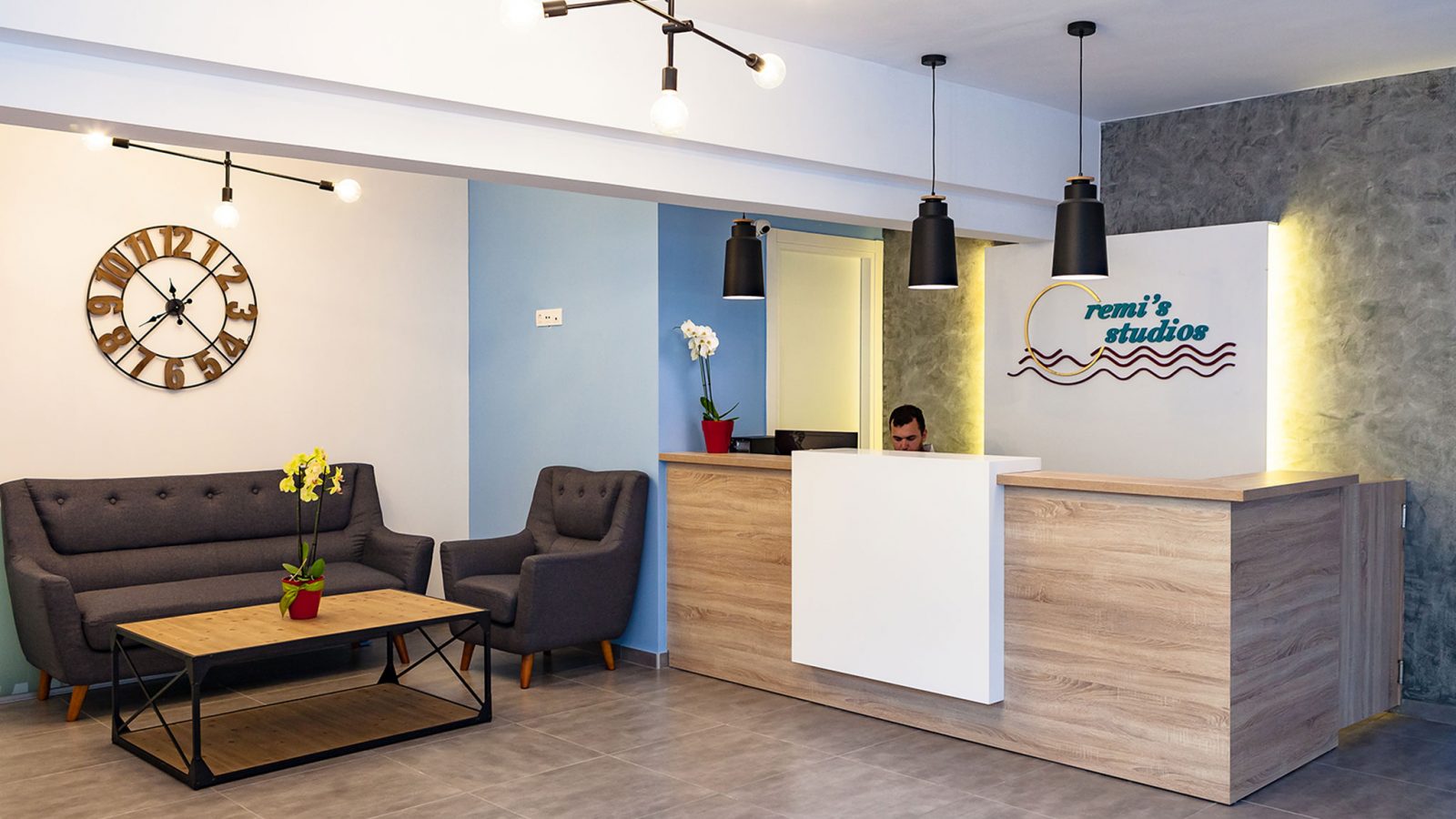 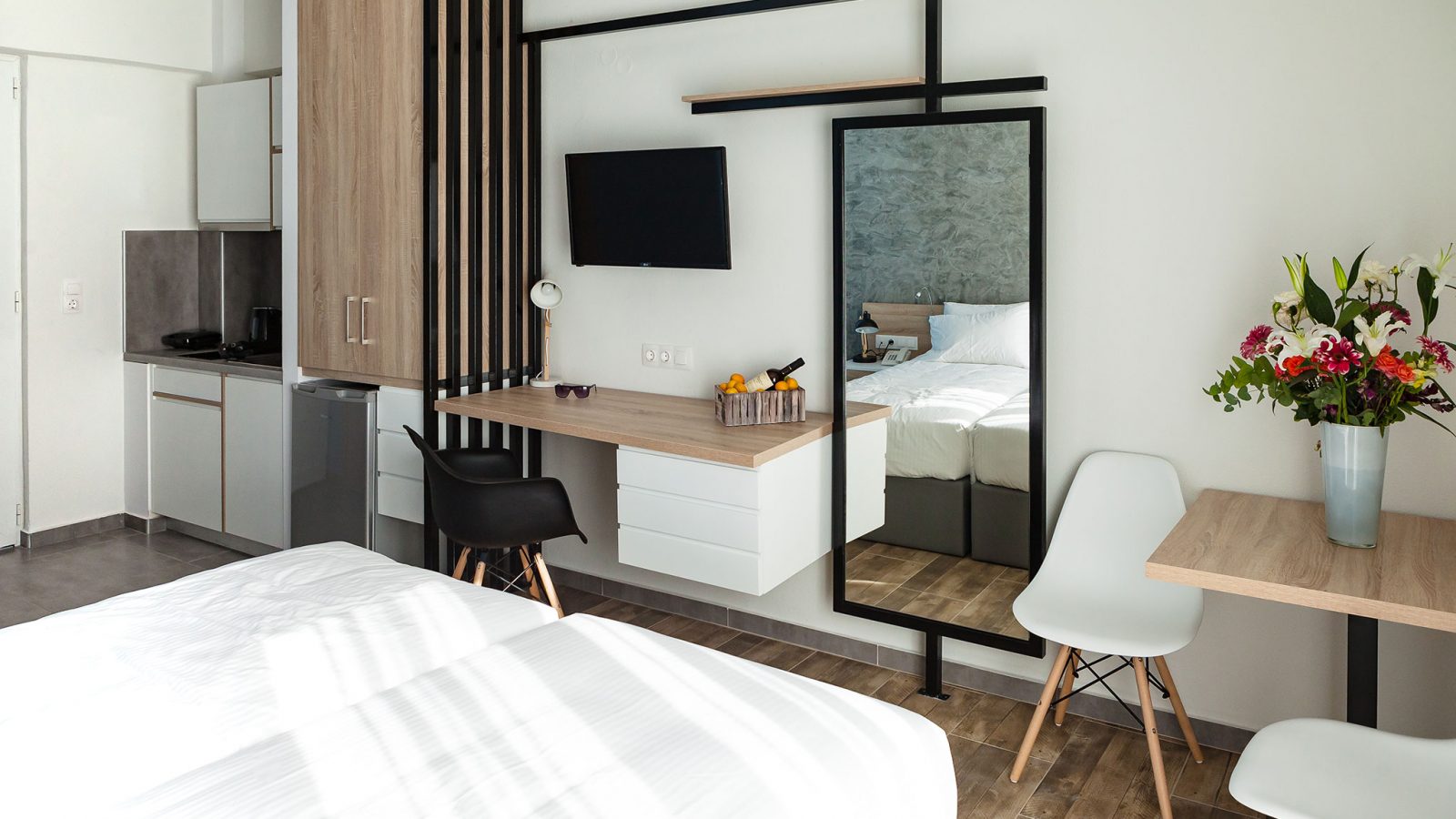 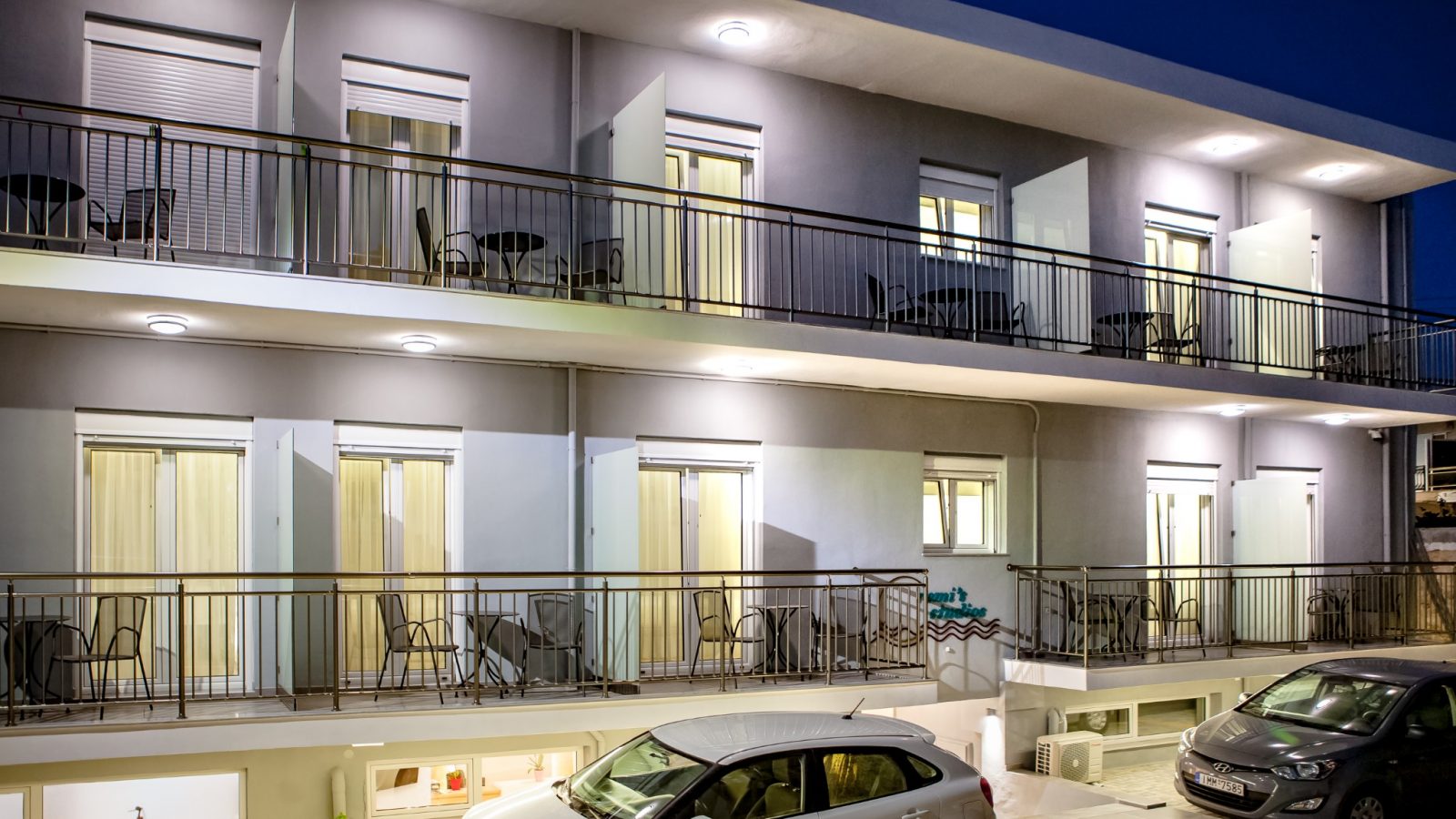 REMIS STUDIOS is a completely renovated room complex, located on the northern side of Rethymno prefecture in the Missiria area, 150 meters from the beach and 3 kilometers from Rethymno’s town center. It started operating in 2018 and offers luxurious accommodation and comfort. In a modernly decorated room, with beautiful color combinations and wood and iron
elements with a beautiful combination, dominate the rooms and the common areas, REMIS STUDIOS will make you visit again.

Double Studio Rethymno are on the first and second floor and they may accommodate 1-2 persons,
and if it’s necessary we provide an extra-bed or for families with young children we can also offer baby cots.
Pets are allowed only after contact..

The triple studio can accommodate up to three people, consists of two bedrooms for 2 persons and one with the possibility of using a sofa bed or for families with small children is provided a children’s pendulum. Pets are allowed only upon prior arrangement.

The Quadruple Studio can accommodate up to four people. There are 2 bedrooms that accommodate 3 people but there is a possibility for an additional sofa bed or for families with small children a baby cot is provided. Pets are allowed only upon prior arrangement.

Any question? Any special request?

Get in touch with us

Crete is the largest of the Greek islands and is located in the southeast of the Mediterranean. 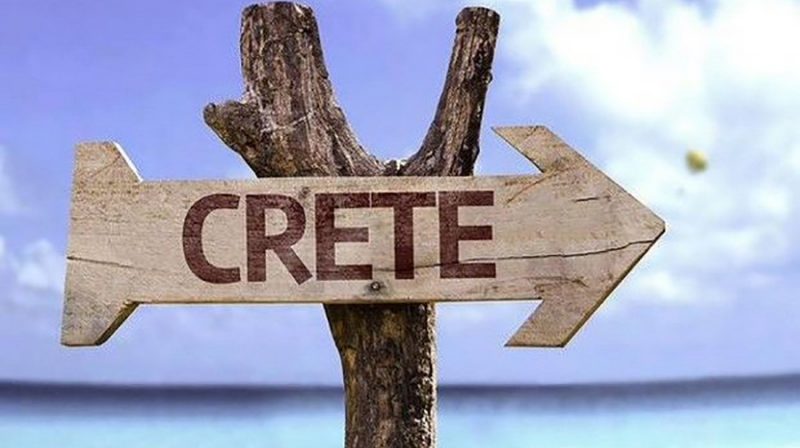 Cretan history begins in 6000 BC when the island was first inhabited. The most famous period is the Bronze Age (-2600-1100 BC), the era of Minoan civilization. During this period the Cretans colonized the Cyclades and in Crete the palaces of Knossos, Phaistos and Zakros were built.
While at the same time the Egyptians feared the "Extreme Blue", as they called the sea, Minoan ships traveled and traded with all the peoples of the Mediterranean. The cultural influence of the various nations with which it came into contact resulted in the development of Minoan civilization, which we still admire today and is the Europe of the first high-level civilization. The museums and archaeological sites in Crete are many and important. Here you will admire the works of art and the archaeological finds from the Minoan culture, as well as the later historical periods of Crete.